Back to Storyboard
Leo Sun
(TMFSunLion)
Facebook‘s (NASDAQ:FB) Cambridge Analytica scandal, which compromised the personal data of up to 87 million users, caused many Americans to question tech companies’ data-sharing practices. Therefore, it isn’t surprising that a recent survey by Sailthru found that the majority of 1,000 American adults polled were “uncomfortable” with brands buying or selling their personal data. 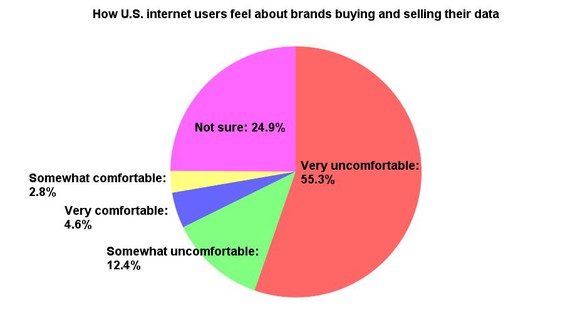 Other studies confirm that growing distrust. Identity management software provider Janrain found that 53% of U.S. adult internet users didn’t want their personal data being used for targeted ads. News site Axios reported that 55% of U.S. internet users were concerned that “the government will not do enough to regulate the way tech companies operate.” A Thomson Reuters survey also found that among U.S. Facebook users who were sharing less content on social media, 47% cited privacy concerns.

Those numbers look bleak for companies like Facebook, which generates most of its revenue from targeted ads. However, Facebook doesn’t actually “sell” users’ personal profiles to companies. Instead, it lets brands personalize ads for certain demographics based on variables like sex, age, location, and interests.

Facebook is not on our top “Buy” list, but these 10 stocks are
Investing geniuses David and Tom Gardner just released their best stocks to buy now — and it could pay to listen. Especially when you consider their average stock pick is up 353% vs. a mere 81% for the S&P 500.

They just shared what they think are the ten best stocks for investors to buy right now to members inside their service Motley Fool Stock Advisor… and Facebook wasn’t one of them! That’s right — they think these 10 stocks are even better buys.